Sensationalization of Women Keeping Us In A Box? 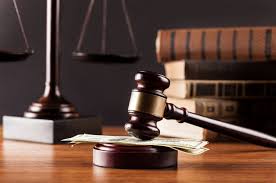 When you are preparing your position in negotiation you should consider whether or not you are willing to go to court.

I watch Judge Judy clips on YouTube as education in negotiation.  So many people go to court with claims but they have nothing to back up their claim. You can watch any of the clips on YouTube where people turn up with no evidence to support there position.

There were several times when she asks if they have this document or that document and the answer was no.  The judge doesn’t care about hearsay, she wants you to present the hard evidence and facts.

You should always handle your negotiations in life, whether personal or professional as if they would end up in court.  Have a solid paper trail to prove your case.

Three (3) suggestions to ensure you are able to have the solid facts to back yourself up in any given situation.

Contracts and written documentation are done to ensure there is no misunderstanding (although even in contracts there can be that).  They are established to protect both parties in the case of a disagreement.  I once was speaking at an event where they left off one of my speaking slots.  They said I was only speaking twice.  I sent the highlighted contract that showed it was three (3) times.  If it were a verbal agreement I would not have been able to prove that.

This ensures that both sides understand the agreement.  Even if it’s a simple as meeting for coffee.  Send a text or an email confirming the date, time and location.  It avoids confusion and irritation when someone gets it wrong. I had a situation where I thought the time to show up for a radio interview was a different time.  All I had to do to verify was look at the email with the details to see I had the wrong time.

I recently sat on an arbitration panel (I’m a lay arbitrator for the California Bar Association) and the Respondent in the case was alleging that the Petitioner agreed in writing to be bound legally to something.  However, they did not provide any written documentation to back that up so they were not successful in proving their case.

A judge will only hear the evidence that you present at the time the case is heard.  If there is no written evidence, your case holds little water.  While outside the court isn’t as stringent, be prepared as if you were going to court. This will ensure that you are always supported by a foundation of facts.