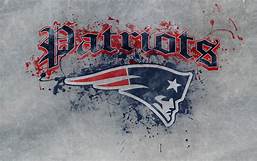 I’m a die-hard Dallas Cowboys fan. I was born in Dallas and raised in San Antonio, Texas. I watch the Cowboys with my dad for many years. I now live in Southern California and have been to the Cowboys game every Thanksgiving for the last 3 years in Dallas. I have a scrapbook of newspaper clippings that I saved for several years as a kid growing up in Texas. I have hats, shirts, socks etc. I even have the team star as the background on my cell phone! I am a true fan.

If you enjoy football like I do, you watch no matter what team is in the Super Bowl. When your team doesn’t make it to the Super Bowl, you have to make a decision about which team to choose. The Eagles have worked hard to get to the Super Bowl so a win for them would be good. However, consider the Patriots. I have to admit the thought crossed my mind for a minute to not choose them because they may win yet again. Give the other team a chance. But why?

I had to check my thinking on that. I had to take a look at myself and think about whether or not I wanted the Patriots to lose based on the fact that they keep on winning. This was brought up during my “also an acting class” that I attend by Glenn Moreshower who leads the class. He asked us to consider that there are many many people who are rooting against the Patriots simply because they keep winning. They want them to lose because of the “not them again” philosophy.

What does that mean when so many people are rooting against a team simply because they are winning? Instead of being against them for winning again and again, why not be for them and cheer them on to keep on going? Why do we want winners to lose? What does that say about us as people when we get discouraged because of others constant success?

If I can figure out how they as a team of good athletes against teams of other good athletes have figured out a system to create lasting success, I want some of that for myself. I applaud them for continually doing it.

Not into football? What about Michael Phelps the Olympic Champion swimmer , Michael Jordan arguably one of the best basketball players of all time or insert the name of any other person who has been highly successful over and over again.

Instead of rooting for the winners to lose because it’s someone else’s turn or they need to move aside, why not stand with the winners, root for them to continue winning and then find out how you can take that winning formula and apply it to your own life.