Why Do I Have to Expend Unnecessary Time and Effort to Get Someone to Actually Do Their Job? Part 1

The Challenges Come in the Midst of a Purge 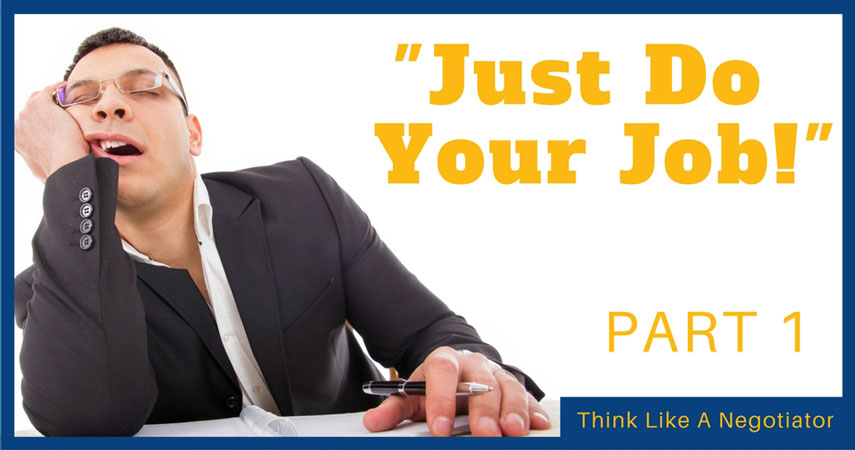 Why is it I have to expend time and effort to get somebody to actually do their job?

When I was in the military and had kids, I started a monthly allotment to purchase savings bonds for their education.  They are adults now and while I’ve used some of it for their education, they had other funding sources to use and now want to invest the money in something else for their future.

I went to my local branch of my bank, savings bonds in tow.  I was greeted by a manager and there were 2 other employees behind the counter.  No other customers were in the bank.  The manger asked what I needed, and I said to cash some savings bonds.  She pointed to a male teller and said he would help me.

I pulled out my big stack of bonds and all 3 of them had a look of horror on their face.  The manager said there was a limit on what they could do and asked the female teller to look up the policy.  She looks up the policy and quickly spouts out that they can’t help me and that I have to go to Treasury Direct dot com in order to get them processed.  When I mentioned I had cashed bonds in at this location before, she said the policy had changed.  They went from let me see how I can help you to let me find a policy to get you out the door because we don’t want to do all this extra work for these bonds.

Being the negotiator that I am, I don’t take no for an answer without doing some research.  I went home and looked on the banks website to see if I could find the policy.  I was unable to find anything.  I called the main customer service line and the person looked up their policy.

I was told the wrong information at the bank.  The policy states the limit is $1,000 if you are a non-customer and there is no limit for paper bonds (which is what I had) for customers.  Also, the Treasury Direct thing was for electronic bonds only (unless you want to mail them in – not!).  So, they found a way to get rid of me, so they didn’t have to do the extra work required for processing the bonds.

Ok, I know it’s a lot of work.  They have to put in the serial number, figure out the interest and input some other information for each bond but isn’t that part of their job?  Why did they quickly want to turn me away when they found out it was a big undertaking?  Because, people don’t want to work anymore.  They want to do the minimum possible to get by and when you put something in front of them that makes them actually have to work, it’s like you are beating them up or something.

I head back over to the bank and have a conversation with myself to be nice and not get too far into Master Sergeant mode.  I walk into the bank and the guy who originally was behind the counter is now out in front greeting people.  There are a couple more employees and a customer or two.  When he greets me at first, he doesn’t know who I am.  Then I remind him I was just there and that I can in fact cash the bonds there and they need to figure out how to get it done.  I indicated I had the name of the person I spoke with and that the policy for Treasury Direct that they quoted me applied to electronic bonds.  I also indicated the $1,000 limit for non-customers and that there was no limit for customers.

They seemed perplexed that I had returned and now can’t get rid of me.  I was asked to take a seat while they checked it out and had to get the person who was “trained” on that to actually do the bonds.  That’s confusing because the guy that greeted me is the one that was originally going to handle it until they all freaked out at the amount of bonds I had and sent me away.

Finally the female teller that was there the first time comes out and says she’s not sure how many she can do today because the process takes sooooooooooo long.  She asked for my ID and debit card and gave me a desk to complete the info on the back of the bonds.  I was required to complete each bond with my address and social security number (if it wasn’t on the front).  I intended to deposit the funds into my account so that part was easy.

I was there a total of 1 ½ hours.  She probably worked a little over an hour and stopped at only doing half (80 bonds) and called me up to get my receipt saying she couldn’t do anymore and how stressed out she was from doing those with all those numbers and her eyes were tired etc.  She said she needed a break.  I said “first world problems.”

Please don’t tell me about stress! I deployed to the middle east after 911 in 130 degree heat and worked 18 hour days every day of the week for months, no breaks, no downtime, and you want to talk about stress?

They told me I couldn’t come back until 3pm tomorrow and if I needed them earlier I needed to go to another branch but needed to call and warn them about the bonds, so they wouldn’t be shocked.  OK I get it that it’s out of the norm of you day to day deposits and cashing checks, etc, but this is part of your JOB!

They tried to deny me getting the service and had it been someone else, they may have succeeded.  I verify the facts with any no’s I get or any “it’s the policy or regulation” for that matter.  There were many times in my military career people wanted to quote the regulations and when I’d pull it out to verify, I found many times that their info was wrong.

Verify the facts, don’t take no as the final answer and own your power and stand up for yourself.  Unfortunately, we are in a time where people want to do the minimum possible to get by and if they can get rid of you that means less work for them.  That’s why big box stores are failing today because of lack of customer service.  I had another incident of this just a couple weeks ago in a atheletic shoe store in the mall.  Read about that fiasco here.  (link)

Bottom line, we need to get back to excellence in all we do.  Some people don’t understand what that means.  Don’t let someone else’s lack of excellence be a road block to you getting what you need.

Want to see the outcome of this story?  Check out Part 2 of this blog post.

Do you have a situation you need an expert to resolve?  Do you have a dispute that needs a letter or in person resolution?  Are you making a major purchase and want to make sure you get the best deal possible? Let Eldonna negotiate for you.  Schedule a strategy call here:

Schedule a Strategy Call with Eldonna