Why I Came to Kenya

Reaching Beyond to Change Lives in Kenya and Beyond 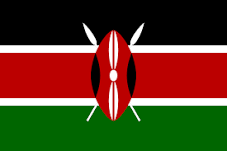 Kenya is on the other side of the world from the U.S. It’s a county with rich tradition and poverty. I felt called to come here in my heart. I am a Christian, I am not perfect by any means but do my best to live a life that reflects that I am a child of God. 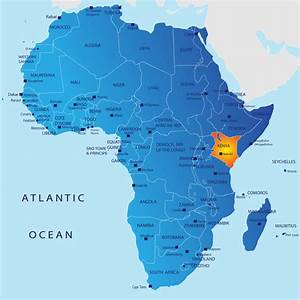 I have done many service projects and the most rewarding to me has been in other parts of the world. When I met Steve Rutenbar at Craig Duswalt’s Rockstar Marketing Bootcamp in September of 2016 and found out about the work he has been doing in Kenya to serve many people here, I felt it in my spirit that I had to be part of it. I went away wondering how I would get to Kenya as my funds were tight at the moment. I would have to raise money for the trip.

I didn’t do anything with it for 2 months then attended Craig’s Rock Your Life night and Steve was there and shared the story of the people they serve there and the things they do. It was strong on my heart to go so I made a commitment to come not knowing how I would raise the funds to get there.

I mentioned it to my Veterans group at church during our annual “Fajita Fest” that I put on around Thanksgiving. A donation of $400 came in from one of the brothers. I was struggling with asking people to donate. Time was getting short and they needed to book my ticket. At one point I was telling them to return the $400 and that I didn’t think I would be going.

December was a very tough month for me. My business was drying up and I didn’t know how I was going to pay my business expenses. My refrigerator was empty and my bank account minimal. I was very down and felt like giving up. I was starting to apply for jobs thinking I heard God wrong about stepping out from my corporate job and being in business full time. It wasn’t working, I was failing.

I decided 2018 was going to be the year of excellence for me and that I was not willing to fail or be treated badly by people any longer. I changed the way I approached each day and my thinking around it. Things started to change for the positive.

The brother that donated the $400 for my trip called and said he had been praying for my trip and that I was meant to go. He said he was going to start raising money for me. I still had to raise $2,586 to cover airfare, lodging, and meals.

I did the math and figured if I asked 150 people to donate at least $20 then I would meet my goal. I set up a GoFundMe for the fundraiser to make it easier for people to donate.

The asking was the hard part. I have no problem asking people to pay me to speak, to invest in coaching with me or to invest in my products/services. Asking someone to make a donation to send me on a mission trip was really challenging for me. I stepped out in faith and started to ask. I committed to reaching out to 5 people per day to ask for donations. The first person I asked donated $200! More donations came in and most of them were for $100 or more.

People who didn’t have much donated $20 and I was very humbled and honored by all those who supported me and donated. I actually raised more money then I needed so I took the extra funds and purchased socks and underwear for boys and girls of all ages. I filled a duffle bag full of them to bring along. I had 22 dozen pairs of socks and 15 dozen pairs of underwear.

I got the needed visa, malaria pills and mosquito repellant and got packed to go. It was close to 24 hours of travel to get there plus another 8 hours in a van to get from Nairobi to Kitale where we would be based.

I didn’t look at the schedule until a few days before I left. I figured I would help build something or distribute food and supplies to many people. I didn’t really care what I would be doing; I was open to be of service in any way needed. The organizers know I’m a speaker and as I looked at the schedule they had me down to speak to many different groups. I was humbled even further that I was going to be used in this way.

Why Kenya? It was “the whisper” of the Holy Spirit telling me to go. I don’t ask why when the whisper comes, I say yes and figure it out later. So here I am writing this from Kenya. I have been posting on Facebook about my journey but will be doing some blog posts as well going into more depth about the experience here.

I am being used to touch many different lives. I know we are not here to solve, only to serve and if I reach at least one person who makes a decision to have hope or make better choices in their lives, then I have done what I came to do. I may not know the results right away or I may never know but I have faith that my experiences, strength and hope will help someone in some way.