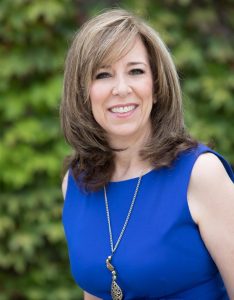 As CEO of Dynamic Vision International Inc., Eldonna Lewis Fernandez dispenses negotiation, leadership, and communication training to corporate clients and small business owners internationally. Her business is built on a 23-year career as a contract specialist in the Air Force, where she negotiated hundreds of millions of dollars’ worth of domestic and international contracts – everything from pens and paper to office machines, automotive parts and aircraft maintenance.

After retiring from the Air Force, Eldonna spent 10 years as a contracts administrator, negotiator and systems analyst for aerospace companies such as Raytheon, Sparta and Parsons. She worked with Raytheon and the U.S. Navy on the F-18 Radar program, and with Sparta and Parsons on satellite launch programs for the Space and Missile Systems Center at Los Angeles Air Force Base.
.

Today, her corporate workshops and keynotes cover a variety of topics – everything from negotiating skills to communicating effectively and becoming a self-leader, which she defines as “asking for what you want, and owning the power to stand up for yourself.” 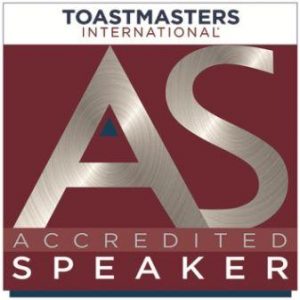 The award-winning speaker and author is one of 81 Toastmaster Accredited Speakers worldwide. She enlivens every keynote, workshop or breakout session with experiential participation, games or simulations. “You remember it because you’re experiencing the information rather than passively listening to it,” she says.

Eldonna is the founder of Dynamic Vision Foundation and the Baskets and Beads project which helps women in a slum in Kenya eradicate poverty through entrepreneurism. Baskets and Beads empowers women and saves children by offering a hand up not a hand out and creating entrepreneurs, one woman at a time.

Through the sale of their handcrafted items in the U.S., many of the women have been able to leave prostitution, selling illegal alcohol or picking food from the dumpster. Eldonna works to find a market for their handcrafted items through wholesaling to stores or selling with her book when she speaks. “Book and a Bead” is changing the lives of the women and their children. Visit www.BasketsAndBeadsKenya.com for further information.

Eldonna has written two books: Think Like A Negotiator ~ 50 Ways to Create Win Win Results by Understanding the Pitfalls to Avoid and GoPINK Rules of Engagement: 5 Foundational Principles for Taking Control of the Handlebars of Your Life.  She also co-authored Heart of a Military Woman, a compilation of stories by, for, and about military women.

Among her many media credits, she has appeared on ABC, CBS, NBC, Fox Business, Fox News and CNN, and been published in The New York Times, The Washington Post, Forbes and The Huffington Post.

When you need a high-energy, results-based professional speaker whose presentations are packed full of useful content, just call Eldonna!